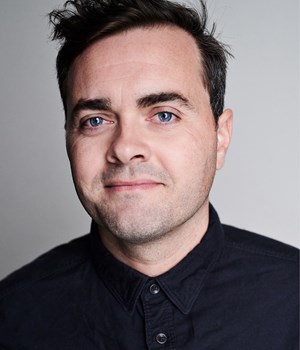 Aidan is from Northern Ireland but was born and went to school in Tipperary Southern Ireland so is native to both. Aidan is a talented Comedy Actor recently filming ‘A Tale to Tell’ (Amazon Prime) for a younger audience and a short, dark comedy Film ’Tell Tale Wa*k’ for the not so young audience.  Recent voice work includes commercials for Subway.

Being from North and South Ireland Aidan’s voice is very versatile. His voice is fresh, engaging and upbeat while his Irish tone can also be soft and relatable. He has done many commercials for brands like Budweiser, Tesco, Oreo Cookies and more. His video games credits include ‘Thrones of Britannia’ for Sega and is the sole voice of ‘Life Boat Luke’ a cartoon for RTÉ.

On Stage he has played 'George Best' in the musical of his life ‘Dancing Shoes’ and the lead role in the award winning comedies ‘One Man Two Guvnors’ and ‘Stones in his Pockets’ amongst many other credits. Aidan has appeared in panto up and down the U.K. including The Grand Opera House Belfast, The Liverpool Empire and His Majesty’s Theatre Aberdeen.

Aidan is also a presenter.  Appearances include the Main Stage Presenter at Ben & Jerry Fest as well as SKY Fest, Camp Bestival, T in The Park, V Fest, Global Gathering and Leeds Fest.  He hosted the Strongbow tent at Cream Fields and Rockness and is a regular Presenter at Tough Mudder UK and Ireland. He also hosted Skyride 2015 and 2016 a nationwide bike ride hosted by British Cycling sponsored by Sky.

Need more information or want to book Aidan for your next project?
Give us a call on 020 7734 1981, email us at info@shiningvoices.com or contact us here.