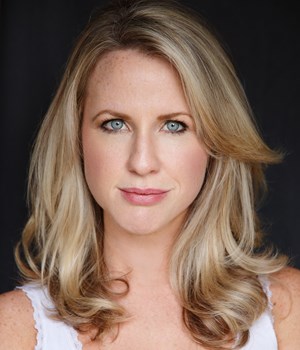 Aileen is an actress and singer with over 15 years' experience in voice overs, specialising in animation.  She has voiced many characters in animated films and TV series including Warner Brother's Luis & The Aliens, Skyla and Barnett in Disney’s Space Chickens and voiced the characters, Luna and Empress Geela in Space Pop.

Recent work includes the second season of Rainbow Rangers voicing two central characters; Rosie and Mandy, the second series of Myago voicing over 20 characters, The Royals Next Door, an animation about a Royal family who move to a normal house and in the animated feature film, Two By Two: Overboard!

She is the voice of Joe in Joe and Jack and has voiced many characters for Oscar winning Brown Bag Films including Grabby in Grabby Bag, Gobnait and Avril in Crap Rap, all the female voices in I’m an Animal and various characters in Teenology.  She voiced the character of Lily in Lily The Witch and Maggot in Zombie Hotel (BBC) along with Jesse in the animated feature film The Ugly Duckling and Me and Wilma in Niko and the Way to the Stars both released for cinema.

She has worked on several commercials for radio and TV including Mace, Barry’s Tea, It’s For Women, Intercontinental Hotels, Pom Bears, Centra and Lidl.

Aileen’s video games credits include Beyond a Steel Sky the follow up to the iconic Beneath a Steel Sky.

Need more information or want to book Aileen for your next project?
Give us a call on 020 7734 1981, email us at info@shiningvoices.com or contact us here.