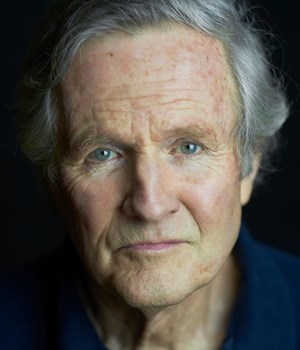 Alistair was born in Scotland, trained in London and Los Angeles, where he made his theatrical debut in the American premiere of Victoria Wood's play TALENT and did his first voice-over, a radio commercial for the Pacific Bell Telephone Company. Voice-overs include TV and radio for EASYMONEY, work on the video game HUNTER, and the voice of Sir Horace Walpole at Strawberry Hill House.

Recent work, in a long list of credits, includes Duncan Innes in the TV series OUTLANDER, and a cameo as George W Bush in GOOD OMENS. Children's stories have also featured, most recently in NIGHTY NIGHT and THE LOOMIES for Fox and Sheep in Berlin

Alistair's other appearances include radio roles in plays such as The McKinnon Extradition and the League of Gentlemen, television in shows such as Poirot, Taggart, and the sit-com Hilary, alongside numerous, voice-overs, narrations and TV commercials for the likes of the Chase Manhattan Bank and De Beers.

Need more information or want to book Alistair for your next project?
Give us a call on 020 7734 1981, email us at info@shiningvoices.com or contact us here.

Alistair in the News