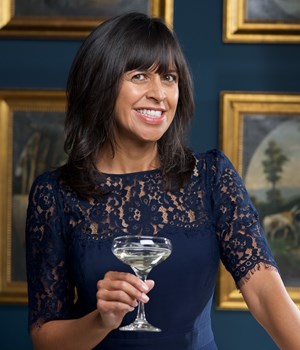 Amanda Thomson has more than 25 years of experience in media including work in TV and radio journalism and presenting for ITN, BBC and Sky.  Her voiceover and acting work include major TV and radio ad campaigns for Jaguar, Lenor and IKEA. She has also narrated numerous documentaries.

Amanda has presented on BBC Two, hosted her own radio show on BBC Asian Network, and co-hosted Drivetime on BBC LDN (formerly GLR).  Past work as an arts correspondent and news reporter saw her presenting live from the Cannes film festival one minute and breaking the news of the Soho nail bomb in London the next. Big name interviewees include everyone from Tom Cruise to David Cameron, Salmon Rushdie to Madonna.

Amanda was hand-picked as one of the first BBC journalists to take part in a US style video journalist course and career highlights include producing and directing BBC News films taking the late Oscar-winning film director Anthony Minghella back to the Isle of Wight where he grew up and spending a day at Brick Lane with Bollywood star Shah Rukh Khan.

Separately, Amanda is now established as one of the UK leading entrepreneurs having single-handedly launched Thomson & Scott, a ground-breaking sparkling wine business.  She created Skinny Champagne and Skinny Prosecco and has now launched an organic alcohol-free sparkling Chardonnay called Noughty which is taking the international drinks industry by storm.

Need more information or want to book Amanda for your next project?
Give us a call on 020 7734 1981, email us at info@shiningvoices.com or contact us here.

Amanda in the News