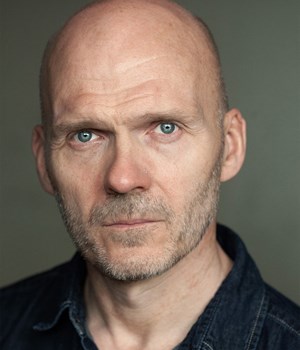 Barry's acting career began when he won a scholarship to RADA in 1987 where he trained with some of the best voice and dialect coaches in the world. Since graduation in 1990 he has worked consistently in theatre, film and TV.

As well as working in some of the UK's premier theatres with some of the country's best directors, Barry's long standing association with the Royal Shakespeare Company has seen him appear in shows in Stratford and the West End, as well as touring internationally as far afield as Japan and the United  States.  His time there has also afforded him the opportunity of working and developing his skills with Cicely Berry, the world's leading voice coach, as well as John Barton, a world renowned text expert and co-founder of the RSC.

Barry's many TV and film credits include: Fallen, Footballers Wives, Minder, The Bill, Kinsey, Between The Lines, Doctors, a series regular in Offenders for Channel Four and Sex Lives of the Potato Men.

Need more information or want to book Barry for your next project?
Give us a call on 020 7734 1981, email us at info@shiningvoices.com or contact us here.