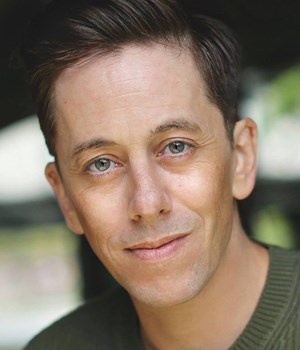 Gary is best known for his work on CBeebies BAFTA award winning series ‘ZingZillas’ creating the speaking and singing voices of both Tang and Mr Granite. He also voiced the lead character of ’Simeon Ayp’ for the English translations of the popular ‘Inazuma Eleven’ PlayStation games.

"Gary is an excellent actor with a fantastic singing voice so for those reasons alone he is a brilliant voice artist. Additionally Gary has a broad voice range, takes direction extremely well, is good humoured and a joy to work with.” - Tony Reed, Executive producer at CBeebies.

Gary trained at Guildford School of Acting on the musical theatre course. He is as much at home in a recording studio as he is in major theatre productions having played leading roles in The Lion King, Grease, Half a Sixpence and Avenue Q in London’s West End and several other stage shows around the UK and internationally.  Gary has an exuberant and comedic delivery which makes him very suitable for animations and children’s characters.

Need more information or want to book Gary for your next project?
Give us a call on 020 7734 1981, email us at info@shiningvoices.com or contact us here.