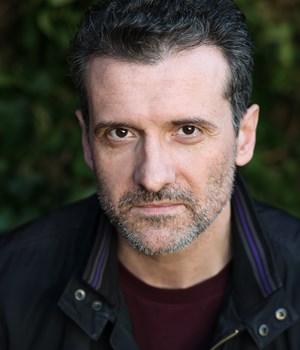 Graham has been an in-demand dual national voice artist for many years, recently voicing national radio campaigns for Subway, narrating documentaries, including a wildlife doc series for BBC2 and PBS, bringing animated TV characters to life and making a particular show of his endless talents in dozens of the biggest AAA games on the planet, such as Cyberpunk 2077, Tom Clancy's The Division 2, Jurassic World: Evolution and Divinity: Original Sin 2, among the very many.

Graham was born in Canada and moved to the UK over 20 years ago. He was raised by a proud Welshmen and a horde of feisty Scots allowing him to use a very authentic range of US, UK and world accents in his voice work.

Other commercial credits include Hampton by Hilton and Twix.

Having worked extensively in London's West End and in many featured on-camera spoofs, Graham's comedic talents are equally evident in his voice work for podcasts series such as MarsCorp and in pilot episodes for several animated comedy series.

He began his career as an opera singer in Canada, then to great roles in West End musicals like Jersey Boys and Mrs Henderson Presents among others, making people laugh in Romeo and Juliet and Helen at Shakespeare’s Globe theatre, whilst honing his vocal talents narrating audiobooks and dozens of corporate ads, events hosting and educational instruction.

He loves learning growing his own veg, cooking and baking for friends and trying to bring Y-fronts back into popularity. Otherwise, Graham can be found spending time with his two young sons, drinking coffee or waiting for responses from the many conversations he has with his sat nav. Graham is regularly found circling roundabouts unnecessarily.

Need more information or want to book Graham for your next project?
Give us a call on 020 7734 1981, email us at info@shiningvoices.com or contact us here.

Graham in the News