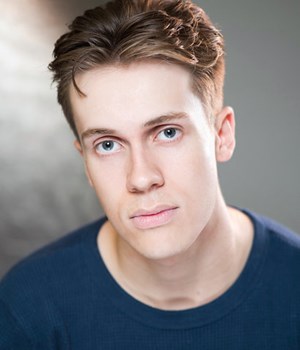 Jack is a young London born actor, voice artist and singer.  He considers himself a seasoned voice actor, having cut his teeth at the age of four in “Louis” for Millimages.  He has voiced two lead characters in episodes of Cartoon Network’s multi award winning show “The Amazing World of Gumball” as well featuring in “Elliot from Earth” also for Cartoon Network.

After completing a 2 year musical theatre course at Brit School London, he is now studying Musical Theatre at the Performance Preparation Academy (PPA) in Guildford.

As well as many other smaller roles over the years, in 2013 he had a lead role in SLR Australia’s “Bubble Bath Bay” (US accent character).

Jack does a number of UK and US accents (his father is from the USA, his mother is Swedish), as well as a growing number of character accents and dialects.

In his downtime he likes to focus on his craft e.g. singing, dancing, acting and working out. He enjoys his video games, playing guitar, air soft, fishing and going to the theatre. He is also learning Swedish.

Need more information or want to book Jack for your next project?
Give us a call on 020 7734 1981, email us at info@shiningvoices.com or contact us here.