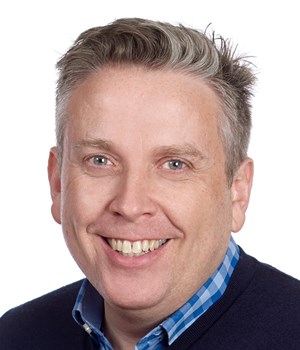 James is an award-winning broadcaster and voice over with a strong delivery.   His voice over work includes Gillette, Daily Mail, Intel, BBC, ITV, Sky, Channel 4 and Capital FM.

As a broadcaster James won a Sony Radio Academy Award.  He gave his voice to Gillette's famous 'The Best a Man Can Get' tagline and to Channel 4's Sunday morning strand, 'T4'.  He was the voice of Top of the Pops on BBC One as well as Sky Movie News.

As a presenter at Capital FM, he won his Sony Award for 'Daily Music Show of the Year' for his mid-morning radio programme and a nomination for his feature ‘Flirty at 9.30’, which is responsible for a couple of marriages and some truly awful dates.  He currently hosts a daily BBC radio show and provides the Voice of God at awards ceremonies for clients including EMAP and Redactive.

His narration is thoughtful and considered; his corporate read is assured and contemporary.  As a promo and imaging voice, his performances are inspiring, confident, with a sense of heritage and excitement for today.

Need more information or want to book James for your next project?
Give us a call on 020 7734 1981, email us at info@shiningvoices.com or contact us here.