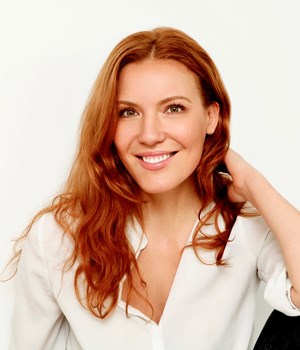 Raised in Australia by UK and US parents, Josie works in a native Aussie, as well as impeccable RP and US accents. Since playing the titular role in Alan Rickman’s production of My Name is Rachel Corrie after drama school, Josie’s experience includes film credits for Tamara Drewe, television for Dr. Who as well as theatre and BBC radio drama. She voiced (and sang) the role of Mimi in CBeebies animation hit BOJ alongside Jason Donovan.  She has recorded commercials for Aussie Haircare, RIMOWA and Microsoft along with video games for Neon Giant (The Ascent).

Josie trained at the Webber Douglas Academy of Dramatic Art in London.

Josie's other animation credits include BOB THE BUILDER (Channel 5) LEXI & LOTTIE (Channel 10 Australia), Ms. Berry in kid’s spy caper BERRY BEES for ABC Australia, and NINJA EXPRESS. The role of Mimi in BOJ with Jason Donovan (CBeebies) also included an album of songs from the show.

Other voice credits include commercials for SYDNEY WRITERS FESTIVAL and OMNIA CASINO and video game roles in NO MAN’S SKY for Hello Games.

Josie is also a regular audiobook reader for titles from AURORA AUSTRALIA and AUDIBLE.

When she’s not in the recording booth, Josie sings blues and folk and is a part-time student of Integrative Transpersonal psychotherapy.

Need more information or want to book Josie for your next project?
Give us a call on 020 7734 1981, email us at info@shiningvoices.com or contact us here.