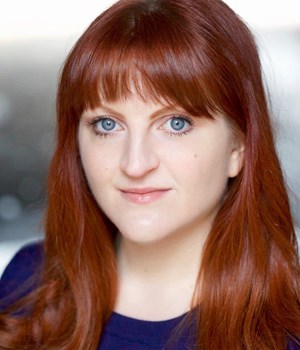 Her theatre credits include: CELTIC: THE MUSICAL (Alteran Media, touring 2016, 2018 and 2020), NETTING (national tour, Woodend Barn, Banchory), THE GHOSTING OF RABBIE BURNS (national tour), DR JOHNSON GOES TO SCOTLAND (‘A Play, A Pie and a Pint’ at Oran Mor and The Traverse), SUNSET SONG (national tour, The Beacon / Sell a Door), MARY QUEEN OF SCOTS GOT HER HEAD CHOPPED OFF (Royal Lyceum / Dundee Rep), CALEDONIA (The National Theatre of Scotland) and B-ROADS (Play Pieces). TV/Film credits include: SCIENCE SCAMS (Clarity Productions for Channel 4), PRIDE OF BRITAIN (ITV) and 2TRUE (GMTV).

Morna’s work as a playwright includes the multi-award winning LOST AT SEA which premiered at Perth Theatre in 2019 before touring Scotland. Her work has been produced by companies throughout the UK including Paines Plough, Eden Court, Jermyn Street Theatre, ‘A Play, A Pie and A Pint’, The Lyceum, Pitlochry Festival Theatre, and she is under commission to the Traverse, Mull Theatre, Visible Fictions and Pepperdine, California. Morna has performed her work at the Scottish Parliament, The European Author's Festival (Czech Republic, Slovakia, Poland), National Poetry Month (France) and the Edinburgh International Book Festival. She is also a proud Scots Language Ambassador.

A multi-instrumentalist, composer and singer/songwriter, Morna has performed with Kevin McKidd’s band THE SPEYSIDE SESSIONS and THE FISHWIVES (TV appearances include The One Show and BBC Breakfast). She is one half of the band FOLKIFY.

As An NCTJ qualified journalist, Morna writes regular feature articles and guest blog posts for a range of online and print publications. Most recently, she can be found writing for PSYCHOLOGIES magazine.

Need more information or want to book Morna for your next project?
Give us a call on 020 7734 1981, email us at info@shiningvoices.com or contact us here.